We use cookies on our website. They help us get to know you a little and how you use our website. This helps us provide a more valuable and tailored experience for you and others.

You can revoke cookies at anytime at the bottom of the page.

Skip to Content
Wednesday, November 21, 2018 — The gamigo group, a leading publisher for Online games in Europe and North America, announces that as of today, thanks to the new Awakening-System, the Envoys of Gaia in Aura Kingdom can advance past their previous maximum level and become even more powerful.

Players of the colorful Anime-MMORPG, who finished the main quest and reached the maximum level can now awaken their true potential and achieve greatness. By reaching the level-cap, players will automatically receive a quest which will grant them the “awakened” status — super-level 1. Players will receive an exclusive character banner and several new features.

The golden Beebies and reworked character stats also await the awakened players, who victoriously faced the dangers of Azuria. At the holy temple, brave Guardians, Wizards and Ravagers can prove themselves worthy by cleansing the sacred grounds of their evil occupants and collect glorious rewards such as golden weapons and new armor formulas.

About the gamigo group

The gamigo group is one of the leading gaming companies in Europe and North America with millions of registered user accounts and more than 300 employees in Hamburg (HQ), Berlin, Cologne, Münster, Darmstadt (Germany), Warsaw (Poland), Istanbul (Turkey), Chicago (US), and Seoul (Korea). In addition to gamigo AG, the group includes the subsidiaries Aeria Games, adspree media, and Mediakraft Networks as well as the brands GameSpree, Infernum, Intenium, Looki, and Poged. The company not only publishes free-to-play online and mobile games for end users but also provides solutions for business clients as part of gamigo’s platform strategy. Game publishers and developers from all over the world can use the gamigo platform as a gateway to publish and sell their products in an efficient and cost-effective way. The company’s core game portfolio includes successful titles such as Aura Kingdom, Desert Operations, The Rats, Dragon’s Prophet, Echo of Soul, Fiesta Online, Goal One, Grand Fantasia, Ironsight, Last Chaos, Shaiya, and Twin Saga. In 2000, gamigo published the first German-language localized MMOG. The company strives to grow not only organically, but also through acquisitions. Since 2013, it has made more than 25 acquisitions, which included gaming and technology companies as well as individual game assets. 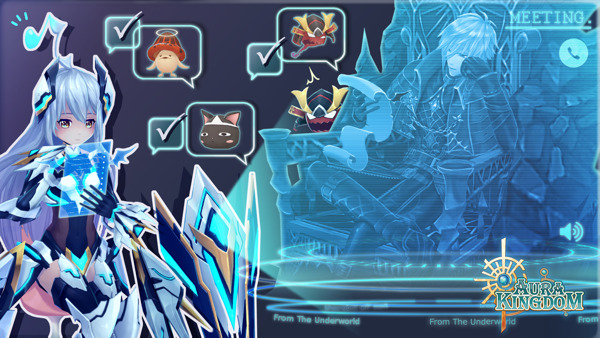 The gamigo group is one of the leading publishers of online and mobile games in Europe and North America. The company’s diverse game portfolio includes free-to-play titles such as ArcheAge, RIFT, Trove, Defiance 2050, Ironsight and Aura Kingdom, as well as the recently launched buy-to-play game ArcheAge: Unchained. Counting more than 400 employees, gamigo is one of the largest german companies in the gaming industry. Besides its 5 german locations in Hamburg (HQ), Berlin, Cologne, Münster and Darmstadt, the gamigo group also has branches in Warsaw (Poland), Istanbul (Turkey), New York, Redwood City, Austin, Bellevue (US), and Seoul (South Korea). In addition to gamigo AG, the group includes the subsidiaries WildTangent, Aeria Games, adspree media, and Mediakraft Networks as well as the brands GameSpree, Infernum, Intenium, Looki, and Poged. The company strives to grow not only organically, but also through acquisitions. Since 2013, it has made more than 25 acquisitions, including titles, gaming and technology companies as well as individual game assets.